Welcome to COYO! Central Oregon is a rich community of outdoor activity, and music is a great way to come indoors and explore a special opportunity of music making with good friends and new friends!

Each season COYO students will rehearse and present a wide variety of exciting repertoire featuring student soloists and nationally recognized performers. COYO members will have opportunity to meet and workshop with guest teachers and pedagogues from around the country. The COYO initiative will compliment and support the privileged music making already present in our school programs. COYO members will be supported and mentored in their growth as musical ambassadors for our local communities in Central Oregon and beyond.

The youth orchestra experience provides an exceptional opportunity for enriched musical and personal growth.  Each orchestral member is a special presence, which when united, creates a resounding and signature sound. Self-esteem, confidence and true joy for a job well done are fostered; a spirit of real teamwork is cultivated and celebrated. Quality music making can teach and illuminate essential skills vital on the journey to life-long goals and genuine accomplishment.

COYO is now a member of the Nonprofit Association of Oregon. 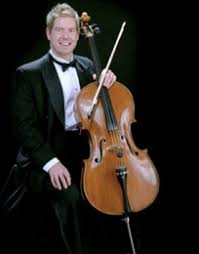 Dr. Travis Allen is known not only as a devoted cello educator but also for his solo and chamber music performances. He is the Principal Cellist with the Central Oregon Symphony, the Bend Cello Collective, and the cellist in the Dove String Quartet.Travis graduated with his Master degree in Cello from Portland State University, and Masters and Doctorate degrees in Musicology from the University of California, Santa Barbara. While in Portland, Travis performed with members of the Oregon Symphony and the Portland Opera, and currently performs in the Sunriver Music Festival. His studies have been with with Hamilton Cheifetz at Portland State University and Geoffrey Rutkowdski at UC Santa Barbara.

Travis is faculty at Central Oregon Community College, where he currently teaches Music History, as well as second year Music Theory and Musicianship. 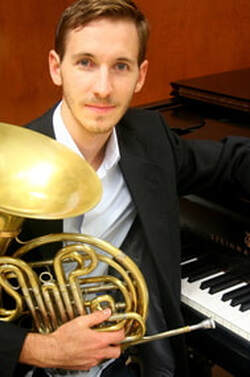 Jonathan Moore was resident conductor and assistant director of the SYZYGY new music ensemble for the 2015/16 season (Matt Albert, director) at Southern Methodist University where he has led successful performances of works by some of the most technically demanding composers of the day.  In October 2016, Jonathan was asked by the Dallas Symphony Orchestra to be cover conductor for maestro Yan Pascal Tortelier. In April, he was invited to audition for the position of assistant conductor. At SMU, Jonathan has served as staff accompanist for vocal studios, instrumental studios and concert choir. For two seasons, he also served as assistant conductor for the Meadows Symphony Orchestra under the direction of Maestro Paul Phillips. An ardent promoter of new music, Jonathan has premiered many young composer compositions and participated in numerous reading sessions.

Born in Nice, France, Jonathan moved to Florida at the age of eleven. He studied conducting with Dr. Paul Phillips at Southern Methodist University where he earned a Master of Music degree in conducting and a Master of Music degree in French horn performance. In addition, he holds a BM in horn performance and BA in political science from the University of Florida. Jonathan is also a native French speaker and speaker of German. He is currently the High School Music Director at  Redmond Proficiency Academy in Redmond, OR.